Behind the Headlines with Tim Race

Over the past 27 years, Tim Race became a veteran at the New York Times, serving in a variety of roles, including energy, autos and transportation editor. A few months ago, Race made the jump from journalism to a career in PR.

This week, I sat down with Tim to discuss his transition to PR, using the full array of purchased, earned, sponsored and owned media platforms to help clients tell stories, and building your personal brand to work your way up.

Congratulations on your recent appointment to senior level strategist with FleishmanHillard! What are you most looking forward to in this new role?

More than a month into the new job, I’m glad to find that some of my business journalism experience is readily transferable: the ways of thinking about a company’s story, and the writing and editing, for instance. I’m just as happy to find that I’ve got plenty to learn about this field. Every day is like a graduate business school seminar. Not to kiss up, but FleishmanHillard has a lot of really smart people who are good at what they do.

You’re asking a rookie. But as I see it, the key components are context and conversation.  Context means putting the client’s goals and strategies into a broader business or economic or social context. Conversation means using those contextual signposts to steer the client’s story into a larger public discussion. For example, the Trump administration has talked a lot about American jobs in the context of imports and exports. How can the client’s story become  part of that conversation — and, if necessary, provide a corrective counter-narrative?

How do you foresee your background in journalism helping you in public relations?

Over the years I’ve been involved in coverage of many different industries and economic and policy topics, both domestically and internationally. So whatever a client’s business, I’m likely to have at least passing familiarity with it. Whether that proves valuable, we’ll see. I suspect my FleishmanHillard colleagues are too polite to say “You actually don’t know what you’re talking about, Tim.”  Maybe I’ll know only if they stop inviting me to meetings… But so far, that breadth of experience is letting me get involved with a wide variety of client work, and the early reactions are promising.

Do you think it’s more important to build relationships with a few key media professionals or try and appeal to a large number? Why?

You can never have too many friends and acquaintances, right? Why limit yourself?  Given my background, most of my relationships with media professionals are a result of working with them directly. For my new job, I suppose the “drawback’’ is that most of those media professionals are all at the same organization – the New York Times. Not bad company to keep, mind you.

But one thing that impresses me about my new colleagues at FleishmanHillard is how many of them have strong relationships with a wide variety of reporters and editors and producers — particularly the ones most relevant to their clients. I can help identity a New York Times-caliber story line. But so far, my FH colleagues are the ones who often know best who to take the story to.

How do you envision the future of PR and journalism, and what strategies should people be developing to stay relevant?

Whether you’re in PR or journalism, you can never stay current enough.  You need to be a voracious consumer of news and information, from a variety of media and viewpoints.

Recognizing the risk of my being in a New York Times echo chamber, for instance, I’ve made it a point on Twitter to follow a range of conservative and even alt-right news sources. But the cacophony of voices amplified by social media, and the increasingly slippery notions of what’s true, means the noise-to-signal ratio is higher than ever.

At the same time, financial pressures are forcing many of the mainstream media to retrench. Reporters and editors are on almost continuous deadlines because of digital media’s incessant demands. So journalists are spread thinner than ever — even at top-tier places like the New York Times and Wall Street Journal.

What are the implications of all this for the PR profession? It means that it’s more important than ever to help clients seize control of their own narratives. It means helping clients develop a voice that can be heard through the din. And it means using the full array of purchased, earned, sponsored and owned media platforms to help clients tell those stories.

What is the most important communication lesson you have learned throughout your career? If you could go back in time and speak to yourself before your first journalism job, what would you say?

It was only after I became an editor and manager, and after too many early missteps, that I really began to understand the adage:  journalism is a team sport. You can’t lead with your ego, and you can’t let the deadline emotions of the moment damage your relationships with your colleagues. You have to be able to come back and do it all again tomorrow. So people need to be able to trust you and want to work with you again. If I was talking to a much younger Tim, I’d say “Be a better team player, punk.” I think that probably also applies to PR — or just about any other line of work.

What advice do you have for those looking to begin a career in journalism? What about journalists hoping to transition to PR or a more strategy focused role?

For young journalists, I’d advise being open to taking any first job where someone is paying you to do real journalism. No entry-level job of that sort is beneath you. It’s your chance to build your brand. Your own best work is what will get you your next, better job.

As for journalists transitioning to PR?  How about asking me that question six months from now. 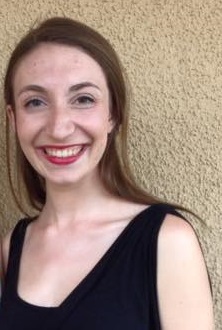 Julia Rabin is a former Media Researcher for Cision. With a background in organizational communications, public speaking and international relations, she has a passion for social justice advocacy and loves keeping up to date with the latest global news. In her free time, you will find Julia traveling, playing with puppies, baking dairy free treats or reading.