Your Press Release is Your Story

In her collection Mystery and Manner, essayist and short story writer Flannery O’Connor said, “A story is a way to say something that can’t be said any other way, and it takes every word in the story to say what the meaning is.”

The same can be said for a press release. A press release isn’t a Tweet, a or factoid. It’s a release for the press — and, even more importantly, it’s your story.

It turns out that how you tell your story can matter almost as much as the story itself.

Take, for example, the case of Joe, who wanted to sell his ’95 Pontiac Grand Am GT. He settled on posting it on Craigslist, as many people do. Only Joe didn’t just post a typical, black-and-white ad online and then sit by the phone, hoping that somehow his post would stand out from the thousands of other car ads on Craiglist. No, he took a bolder approach. Check out his ad below: 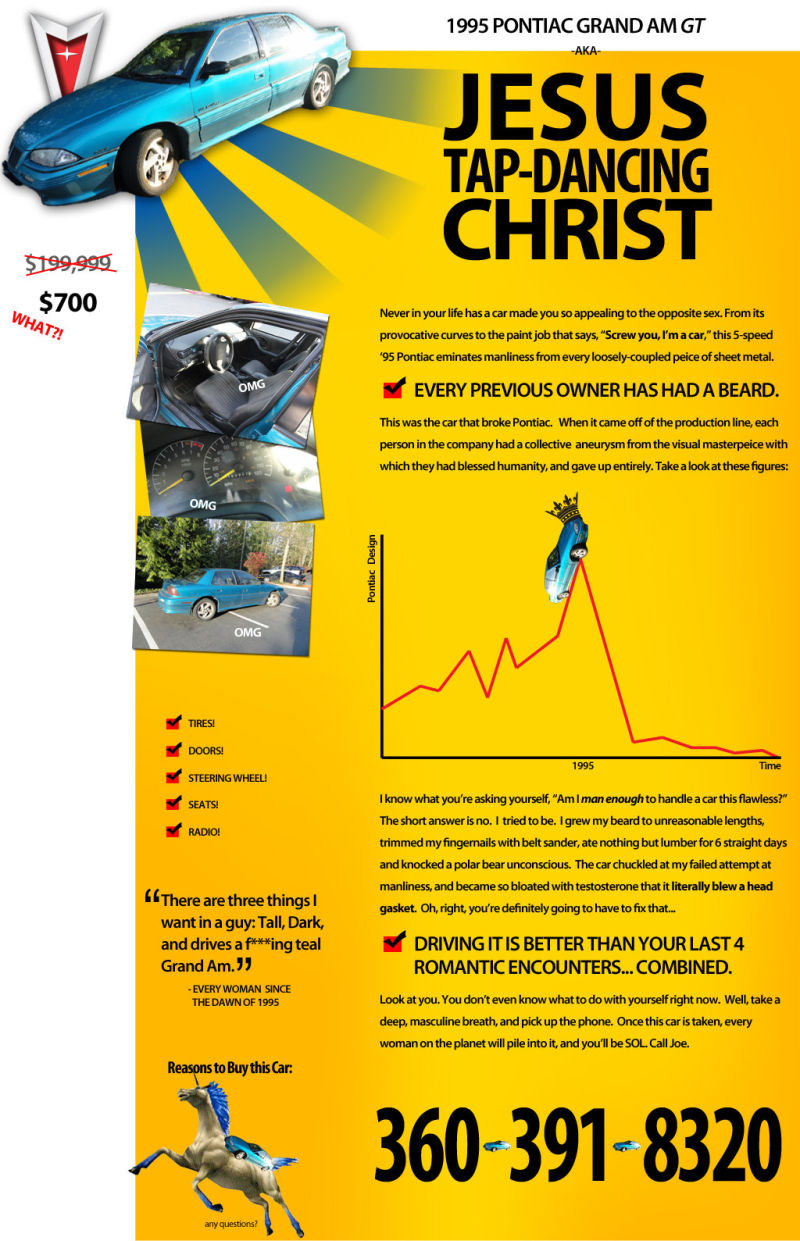 Joe got tons of offers on the car. Of he did — blown head gasket and all. His approach worked because Joe didn’t just toss a bit of news out there into the world and then cross his fingers, he turned his news into a story. And, on top of this, he told the story well.

So let’s talk about the five steps you should follow in order to tell your story well.

Let’s start right at the beginning: You have to love your headline.

According to a Columbia University study, 59 percent of links shared on social media never actually been clicked. This means that most people share and retweet news based on the headline alone, without even reading the article.

This can be a scary fact – but, scary or not, this is where we need to meet our readers.

Think of your headline like a piece of flash fiction. Your headline should, for all intents and purposes, tell its own story. Since 59 percent of readers may not even make it past your headline, you need to put the most important information from your release right there at the top.

Want to fall in love with your headline? Try asking yourself these two questions:

And really — that second question is important. If it takes you more than 100 or so characters to draw out the most important piece of your story, then you haven’t distilled it enough.

If you want to know what you should write in a press release, your first clue is to try to empathize with your readers a bit. Don’t just ask yourself what you want to write — you need to ask what you’d want to read.

If this were someone else’s story to tell, how would you want them to tell it to you? Would you want it to be concise, colorful, informative, entertaining?

Of course, you would, which means that’s what your potential readers want, too. Think about it:

Think of it like giving a gift: you don’t give your spouse what you want them to have, right? Of course not! – you give them what they want to have.

3. Throw in Some Color

Of course, all of those things are just the words of the release. Don’t forget that we, as humans, are attracted to color and vibrancy. In fact, our research shows that press releases with photos average 1.4 times more views than text-only releases. Further, releases with videos average 2.8 times more views than text-only ones.

Since your press release is a story, think of it an illustrated book. (Really: who doesn’t love Dr. Seuss?)

And what if you don’t have a photo or video that fits the story? Don’t worry, your story is still worth telling. Simply try some other visual tricks:

It’s not cheating to use photos or videos or other visual elements to help tell your story. It worked for Dr. Seuss and for Joe’s Pontiac Grand Am, and it’ll work for you. Well-placed imagery should be considered an essential part of your press release/story, not just the icing on the cake.

4. Get The Details Right

Perhaps all of this sounds like it could almost be a little fun, right? “Start with the climax!” we say. “Wear someone else’s shoes!” “Eat cake!”

Don’t you already feel more excited about writing your story? Well then … let’s not forget the not-so-fun part of the process, either.

You’ve got to get the little details right, too. Sure, your release can be vibrant, but it needs to be accurate and spelled correctly, too.

Yes, you can get your readers to appreciate – and maybe even enjoy – your news, but it’s vital that they trust it, too. They need to know that it’s coming from an authoritative source.

We might even say that these things are the nuts and bolts of the press release. Maybe they’re not as fun or hip as the pizazz we’ve been discussing, but they’re the things that show your readers how trustworthy and worthwhile you are.

In fact, you don’t want to wrap up your press release too much.

Yes, really. You want to leave your readers wanting more, don’t you? You want them to visit your website, reach out to you with questions, request a demo of your products or services. Your press release should whet your readers’ appetites, not load them up like Grandma’s Thanksgiving dinner.

If you keep your story simple, colorful, and accurate, you’re practically signing people up to invest in the “sequel” (i.e. reach out to you and become a user of your service), which is the whole point of putting your release out there in the first place. 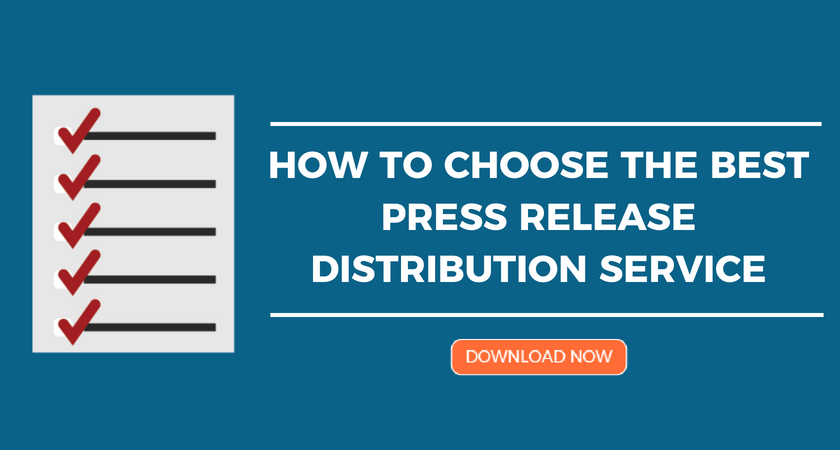 Aaron Searle is a PR Newswire senior customer content specialist. He's worked in various sales, marketing and PR jobs over the past 10 years, and works to bring an organic approach to all of his work and his writing, whether personal or professional.