Most PR professionals have been taught to think about owned, paid, and earned media as separate entities with their own advantages and disadvantages. Owned media, content or properties that your brand creates, is easy to control, but difficult to distribute. Paid media (aka advertising) is easy to distribute, but less likely to be trusted. Earned media, unpaid mentions by trusted journalists or influencers, is credible, but outside the control of your brand. These tradeoffs can make deciding how to allocate your resources and budget a challenge.

But what if these types of media are not all distinct? What if they all impact each other and overlap more than one might think? We’d argue that is exactly the case. Let’s look at just one example. The role that earned media plays in TV and print advertising.

Let’s Go To The Movies

TV spots, trailers and print ads that are pitching movies are a great example of the crossover between earned and paid media. We’re all familiar with the phrase, “Critics are raving.” We’ve also seen or heard, “#1 comedy film in America.”  This approach represents the technique of bringing earned media mentions into the ad.

Another approach is to reference facts in the public sphere to entice audiences to give a new film a try. For example, advertisements for the new film “Thank You for Your Service,” reference the writer’s previous Academy Award nomination for “American Sniper.”

Advertisements for the film Dunkirk were less subtle, including a plethora of quotes from critics. 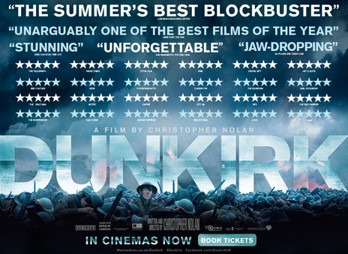 Keep in mind that not all earned media comes from professional organizations and journalists. Social media is earned as well. From what we can tell, this ad for Wonder Woman includes a quote from a fairly pedestrian, but clearly enthusiastic Twitter user. 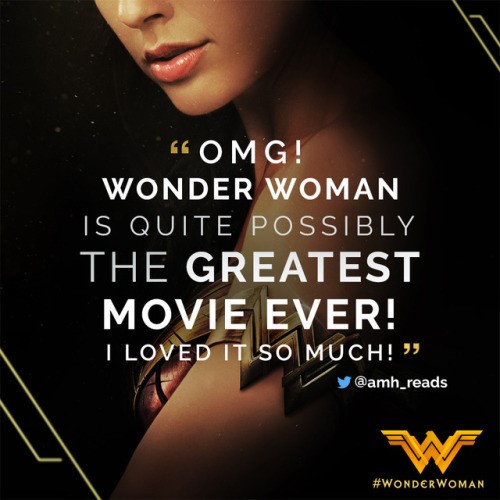 Why Go to the Effort?

Why is it so common to find earned media quoted in paid advertising on TV or in print? If the movie looks great, won’t people show up? Sure, some advertising stands on its own, but study after study shows that people trust earned media more than content that comes directly from brands.

According to Nielson, earned media is the most trusted commercial source of information, by a long shot. Fully 92% of consumers say they trust earned media, while only half trust paid advertisements. According to a Forbes survey, 85% of tech consumers said articles, reviews, blogs, and videos by experts were the most influential online media when considering a purchase.

“While TV remains the front-running format for the delivery of marketing messages based on ad spend, consumers globally are also looking to online media to get information about brands,” said Randall Beard, global head, Advertiser Solutions at Nielsen. “On the flipside, earned advertising channels have empowered consumers to advocate for their favorite brands, something that shouldn’t go unnoticed by brand advertisers.”

By weaving in information from trusted third parties into paid TV and print advertising, brands increase the credibility of the message while maintaining control over distribution and spend. It might not be as effective as if the viewer came across the primary source article, but it reinforces the idea that the movie or other product has fans.

This is just one example of how modern PR professionals need to think beyond the ironclad classifications of content that once made sense. Today, it is about using every tool at your disposal to amplify the messages – and mentions – that will get customers excited about your brand.

Passionate about public relations and empowering practitioners, Lacey Miller found her dream job at TrendKite, where she carries the crown of 'word nerd'. With a background in public relations and technology, she's a great fit with her desire to innovate the industry! You can find her most days writing for PR Forward, PRSA, and other marketing trade publications.