3 Ways to Turn Weak Market Share into an Asset

Nobody can deny that market share is a crucial metric for business success. When we marketers ignore it, we confuse shifts in industry demand with the results of our own actions. Still, market share obsession can also afflict us with a kind of tunnel vision. We can become blind to other factors that influence profitability and business longevity. Perhaps more importantly, we can succumb to jealousy, failing to realize that our position as a relatively small player in the marketplace brings with it some advantages that we can use to our benefit.

I’m sure you’ve all heard how smaller companies can be nimbler and more flexible than their enterprise counterparts (and competitors), but I want to get a bit more concrete than that.

Let’s talk about three ways limited market share can actually be an advantage if you view it through the right lens, and use your position in the marketplace to take actions you might not otherwise be able to.

In 2010, Professor Neeru Paharia was the lead author on a paper titled “The Underdog Effect: The Marketing of Disadvantage and Determination through Brand Biography” and published in the Journal Of Consumer Research. In it, she and her colleagues described the results of four empirical studies, which found that “underdog biographies” (in which firms highlight their humble origins, lack of resources, and struggle against the odds) increased purchases and brand loyalty. The characteristics of the biographies themselves focused on external disadvantage, passion, and determination.

According to the research, the effect works because it resonates with consumers who self-identify as underdogs. Furthermore, the effect is strongest where cultures themselves have an underdog narrative. The effect also manifested strongest where consumers had other reasons to identify with the brand, and when they were buying for themselves, not for others.

“Underdog biographies do have a positive impact on buying intentions of customers. It is not how the marketers perceive their audience — educated, living in above-average socio-economic conditions — but the internal selves that the consumers create for themselves that help them connect to the underdog narrative of the brand.”

Li would know since Firmoo is very much an underdog compared to competitors like Ray-Ban and Warby Parker. They try to bridge the gap by addressing every concern possible on every product page — prescriptions, frame material, weight and dimensions, style preferences, lens type, etc.

Needless to say, effectively putting the underdog effect to use requires an understanding of your target market. Is an underdog narrative important to your audience’s psychographics? If so, what does that narrative look like?

Remember that the effect doesn’t manifest if your target audience doesn’t identify with your brand, so it’s important to take things a step further and identify the traits and values of your target market. The underdog effect is a confluence of self-identification and a “punching up” story.

Failing to hit that intersection appropriately could result in alienation rather than customer loyalty.

2. Focus On Your Core Market

It might be obvious that revenue and profitability are two different metrics that measure very different things, but some companies, led by well-intentioned and intelligent people, often do seem to chase market share at the cost of their own profitability.

Make no mistake, this is the right decision for some companies. Few critics actually view Amazon’s often profit-neutral growth strategy as a bad move for the company. But not all companies are Amazon, and market share obsession has been the downfall of many businesses.

Consider the cautionary tale of Airwalk, a brand which grew from $16 million in annual sales to $175 million in just four years, but then rapidly declined soon after. According to Airwalk President Lee Smith, this is why:

“In the world of cool, it all works on word of mouth. Cool brands treat people well, we didn’t. We should have paid attention to the details and listened to our innovators who began telling us, you guys are sellouts, you guys went mainstream, you guys suck.”

The brand got obsessed with market share and lost what made its hardcore fans love it in the first place. In the process of chasing revenue, they lost their core audience. The rest of the market followed soon after. Many brands are built on just such a hardcore audience, and chasing market share can alienate that very audience.

According to a study published in the Journal Of Product & Brand Management, which empirically investigated how city branding efforts could create brand advocates:

“If residents of a city have favorable attitudes toward a brand, feel that it imbues a high level of quality and believe it represents unique core components of the city, the brand may begin to morph into their respective self-concepts and they may develop a self–brand connection. Such a connection can cultivate a strong sense of civic consciousness and residents may become advocates for the brand through word-of-mouth communication. Subsequently, internal buy-in of a city’s branding efforts from residents can promote greater synergy and pride in the city’s branding strategy.”

In other words, if your brand manages to bridge the gap between being a desirable product and being a reflection of personal values and duties, you create brand advocates who will take over the marketing for you.

Brands with large market share have more difficulties in this area. Certainly, the need for large market share limits how strong a stance they can take on particular values and cultural identifiers. The ideal, in-between solution (that also addresses the question of revenue) is to define and target what branding genius Julie Supan calls the “high-expectation customer.”

Limited market share can be an asset here, allowing you to double down on your core audience.

Barriers to entry are generally thought of as traits that preserve a natural monopoly, something we would typically associate not just with big business, but with companies that own close to the entire market share. So what do barriers to entry have to do with smaller companies and limited market share?

Let’s start by talking about research conducted by Dartmouth professor Vijay Govindarajan. He investigated the longevity of all companies registered on the US stock market from 1960 to 2009, and he found that companies are dying off faster now than ever before.

The reason? Fewer barriers to entry in the digital landscape.

In the 21st century, companies were typically spending half as much (in percentage) on physical infrastructure, and twice as much on organizational capital like R&D, IP, and personnel, as compared to the 20th century.

Put simply, most digital businesses are easy to replicate, even with the existence of IP and patent laws. That’s why new business concepts end up getting engulfed by larger companies with more market share in the same vertical or industry. Consider, for example, how quickly Skype, Evernote, Dropbox, and more recently Snapchat, were copied by larger businesses. Or think of how the Kindle overtook and eventually completely crushed Sony’s e-reader, despite arriving quite a bit later, due to Amazon’s access to books and publishers.

What larger businesses can’t replicate so easily are barriers to entry: investment in physical or cultural infrastructure, ownership of network effects, and access to innovators in highly specialized fields.

How can limited market share be an asset here? Some products, industries, and especially customer service approaches are highly susceptible to diseconomies of scale. These are products and services that become prohibitively expensive to produce on a mass-scale, making them inaccessible to companies that focus on market share.

Even economies of scale are often outside of the reach of today’s big tech companies. While tech giants certainly invest heavily in data centers and software development, few have leftover resources to devote to manufacturing, customer service, or experimental infrastructure that strays too far from their core business.

Limited market share can be taken as an opportunity to invest in alternative infrastructures and move in a very different direction than the competition.

Be the Quicker Fish!

Now that you have a bit more to work with than a platitude about how being small makes you quick and nimble, I hope I’ve given you some tools that will help you shake up your strategy and make waves in your industry. Double down on your core audience, invest in things the big fish can’t, and make the most of your underdog story.

Keep it up, and someday soon you might be a big fish, nostalgic for the days when you realized that being small was your greatest asset. 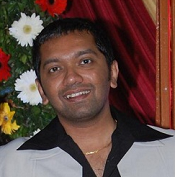 Rohan Ayyar spearheads creative content campaigns for tech, retail and service-based startups at E2M, a full service digital marketing agency. Rohan is an avid business blogger, with opinion pieces featured on publications such as Fast Company, Business Insider and Fortune. Follow him on Twitter at @searchrook.