CHICAGO, March 21, 2017 /PRNewswire/ -- Today, Cision released its 2017 State of the Media Report, which includes findings from a survey of 1,550 journalists, editors, influencers and producers. With the rise of misinformation and "fake news," a major new trend emerged in this year's report: journalists are extremely concerned with the public's perception of the industry. 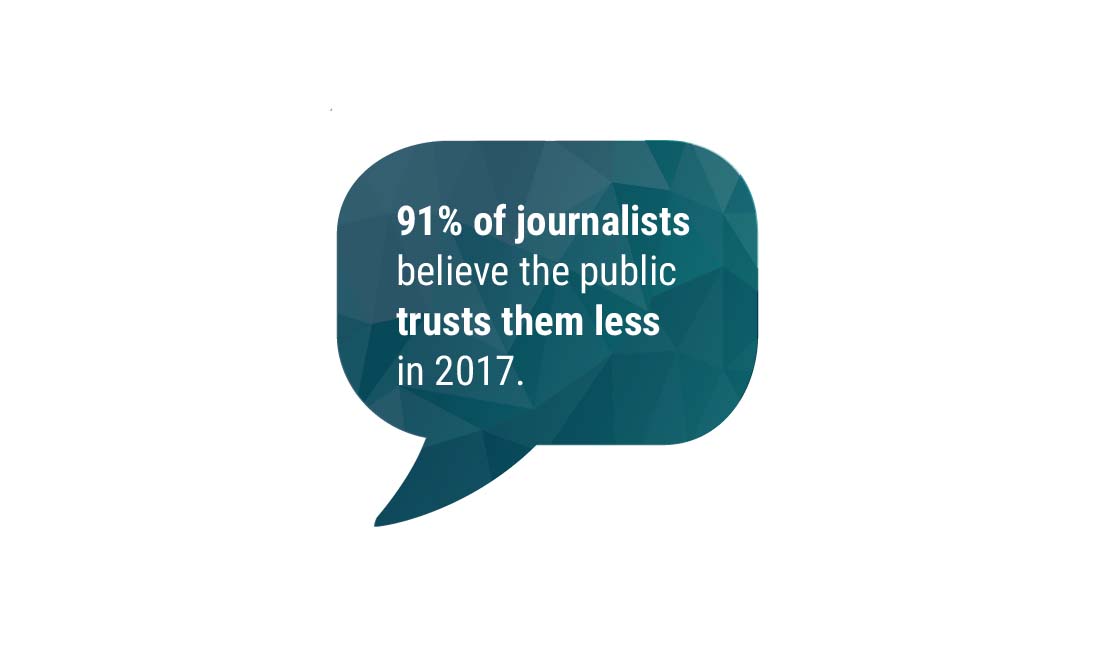 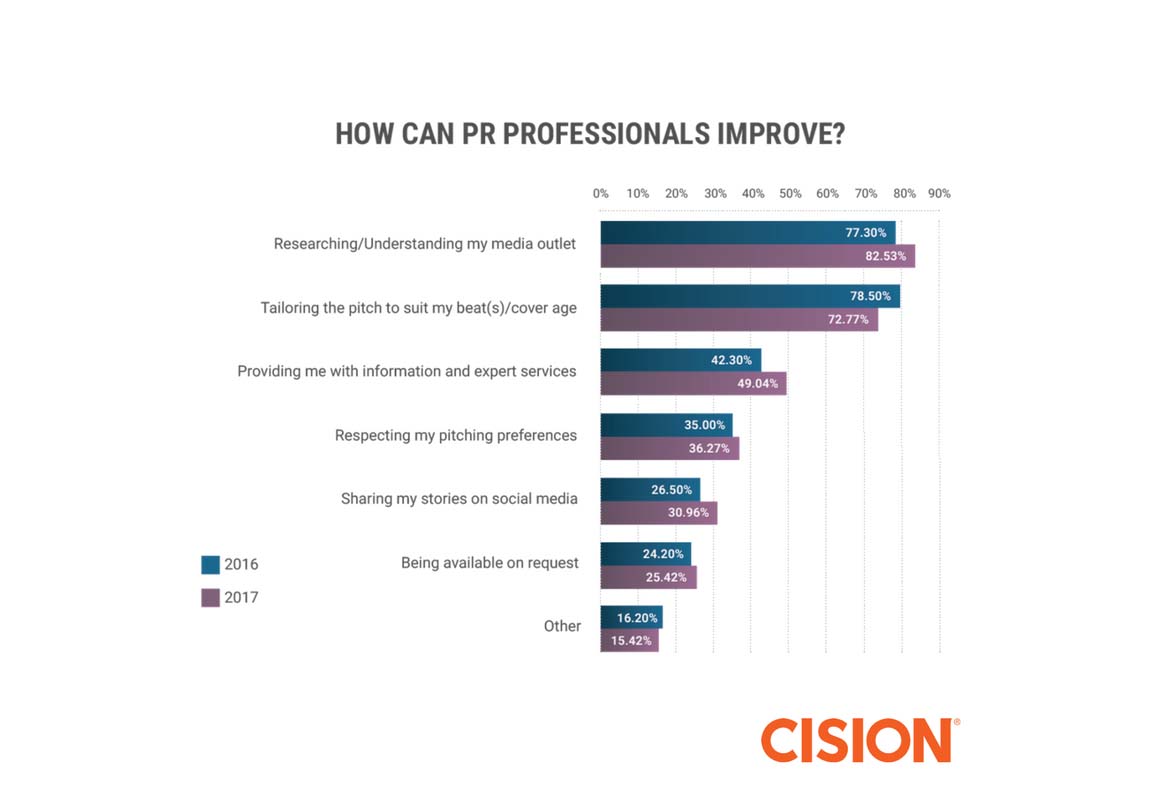 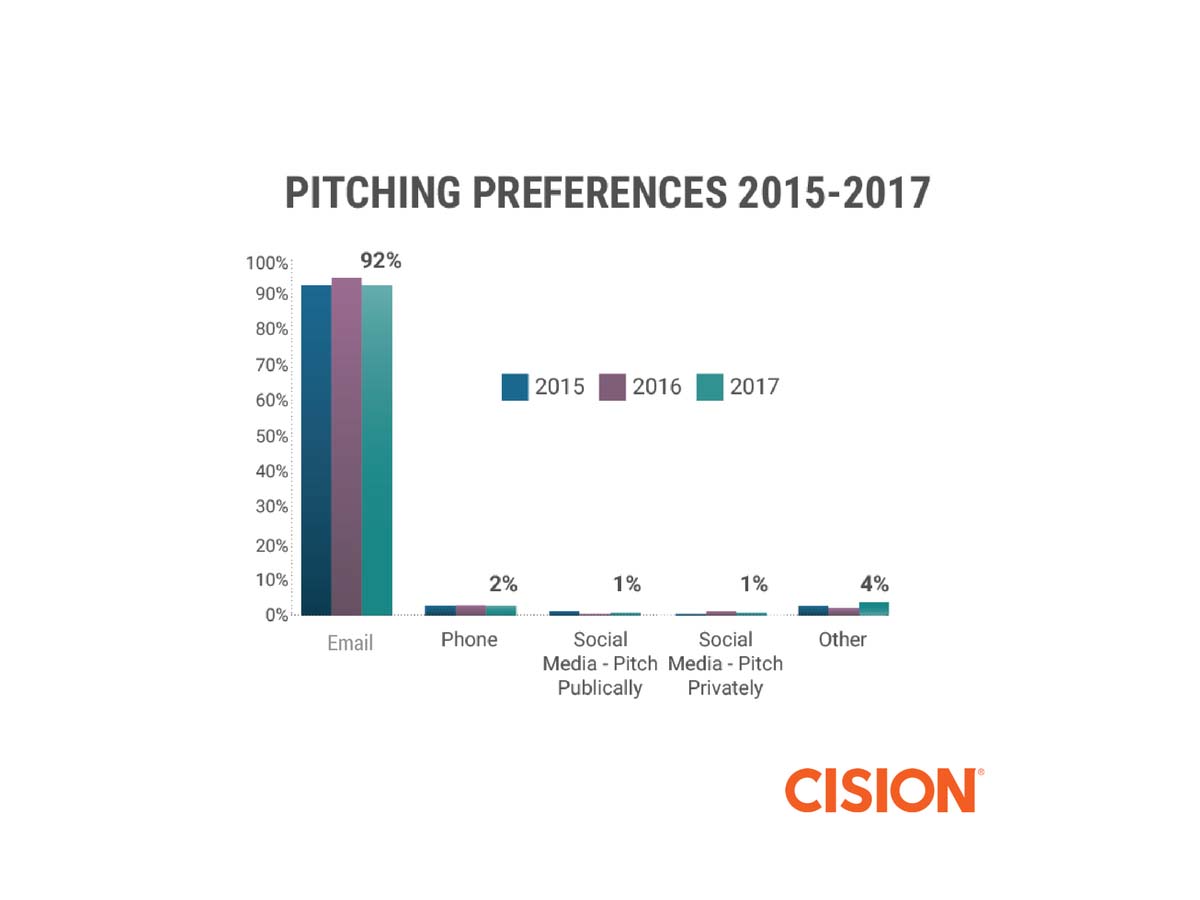 Ninety-one percent of journalists reported believing that the media is somewhat or much less trusted than they were three years ago. This aligns with the 2017 Edelman Trust Barometer, which saw the public's trust in the media drop to 43 percent, a level nearly matching that of government officials, who hold the lowest trust rating at 41 percent.

However, journalists report being increasingly committed to accuracy – 92 percent of respondents said that being right is more important than being first, up four percent from 2016. Sixty percent of journalists stated that they believe the public values facts over opinions or feelings.

"These findings showcase an opportunity for brands and journalists to work together to tell compelling, accurate stories that will resonate with the public," said Cision CEO Kevin Akeroyd. "With studies showing that earned media and executive brand voices are increasingly more trusted by the public than paid and owned media, communications teams have a responsibility to use data to ensure they're targeting the correct journalists, derive insights to craft better content and deliver thoughtful, well-sourced information."

Other key report findings include:

Surveys were emailed to members of the Cision Media Database, who are vetted by the company's media research team to verify their positions as media professionals, influencers and bloggers. Two hundred of the participants work in Canada and 1,350 work in the United States.

Interested participants can register for a one-hour livestream session on March 29th with our expert panel from GE Digital, LEVICK and Cision as they discuss the issues changing how traditional media and influencers practice their craft.

About Cision:
Cision is a leading media communication technology and analytics company that enables marketers and communicators to effectively manage their earned media programs in coordination with paid and owned channels to drive business impact. As the creator of the Cision Communications Cloud™, the first-of-its-kind earned media cloud-based platform, Cision has combined cutting-edge data, analytics, technology and services into a unified communication ecosystem that brands can use to build consistent, meaningful and enduring relationships with influencers and buyers in order to amplify their marketplace influence. For more information, visit www.cision.com or follow @Cision on Twitter.

To view the original version on PR Newswire, visit:http://www.prnewswire.com/news-releases/cision-state-of-the-media-report-highlights-journalisms-credibility-crisis-300426434.html