For over a decade, CivicAction has brought together senior executives and rising leaders from all sectors to tackle some of the Greater Toronto and Hamilton Area’s (GTHA)  toughest challenges. The organization sets a non-partisan agenda, builds strategic partnerships and launches campaigns, programs, and organizations that transform the region.

Building relationships with regional and local media has been CivicAction’s main communications strategy. “Due to the combination of our work spanning a number of specialized topics and specific focus on the Greater Toronto and Hamilton Area, we’ve found that direct media outreach is the most effective method in generating media coverage,” said Sarah Harris, Director, Communications at CivicAction. Harris and her team have also spent a lot of time leveraging a solid network of social media platforms such as Facebook, Twitter and LinkedIn.

But CivicAction is a small team with limited resources, so its capability to reach mass audiences has been difficult. “Our main challenge is reaching a wider audience beyond those who are already directly involved in our work or follow us closely on social media,” said Harris.

Aside from wanting to reach groups beyond the downtown cores of Toronto and Hamilton, CivicAction wanted ways to reach newsrooms on a broader scale. Ultimately, it needed a service that could help them target effectively both near and far. (Click to tweet 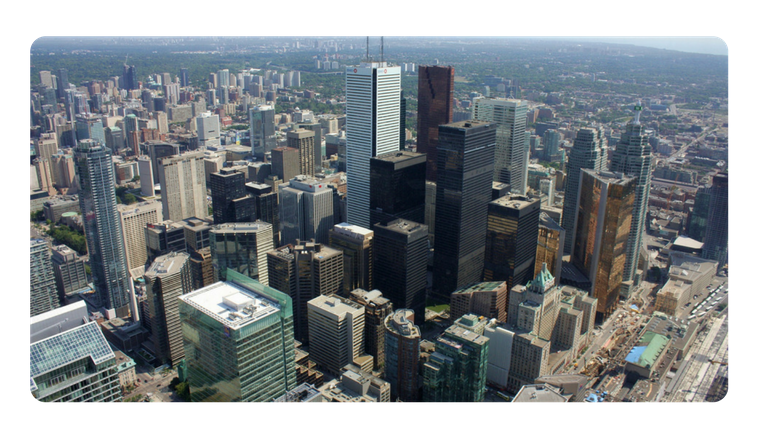 CivicAction leveraged Cision Distribution by Canada Newswire, to build a regular cadence of communication with new audiences along with its active audience. “We identify strategic moments to use Cision when we want an announcement or event to have the largest impact possible or the greatest reach,” said Harris. “Specific timing is also coordinated to occur alongside other communications activities, like social media postings and presentations.” (click to tweet

) In addition, CivicAction sends out media advisories to local media about events that the group is participating in, along with interview opportunities with its leadership. “Cision’s News Centre has helped us distribute our advisories and press releases to a more comprehensive network of news media in the GTHA,” said Harris.

More awareness and interest in urban affairs and initiatives 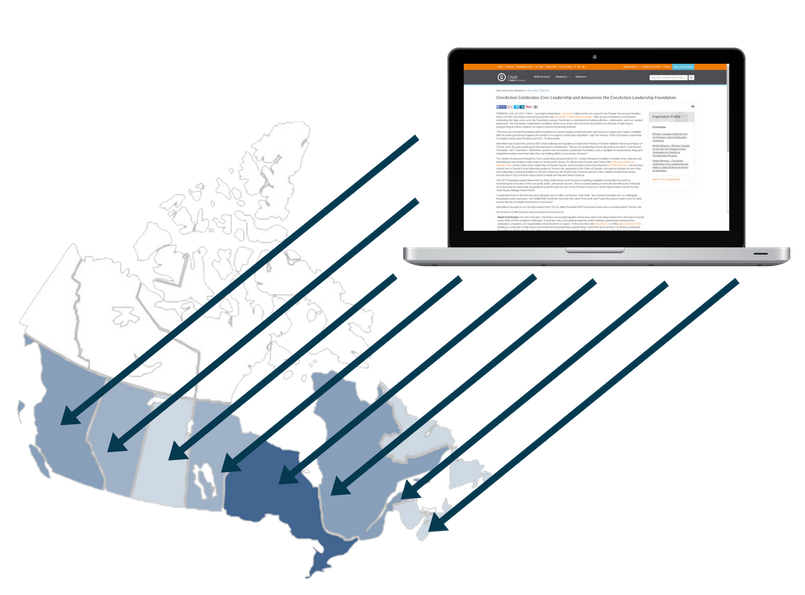 Over the past two years, CivicAction has seen tens of thousands of views & hits, its press releases, along with a high amount of click-throughs back to its website and campaign-specific web properties.  (click to tweet

The submission and distribution process has been seamless for CivicAction. “When we submit a press release, we are always immediately notified of its delivery and they’ve always been transmitted on time,” said Harris. “On the rare occasion that we’ve had to make last minute changes to a submission, the News Centre has always been very accommodating.”

CivicAction has also seen an uptake in earned media opportunities through using newswire distribution. “Through Cision’s platform, we can ensure that our advisories and press releases get to the screens and desks of both major outlets and key regional or community newspapers who may have interest in a specific initiative,” said Harris. (click to tweet

CivicAction’s upcoming initiatives will follow the same distribution and engagement tactics as before. “We’ll be planning an announcement for the next phase of our youth unemployment work to be shared via press release,” said Harris. ”Our future communications plans will also still include direct initiative stakeholder and media outreach, along with strategies for digital and social engagement.”