The Nature Conservancy of Canada (NCC) is the nation’s leading not-for-profit, private land conservation organization, working to protect our most important natural areas and the species they sustain. Since 1962 NCC and its partners have helped to protect 2.8 million acres (more than 1.1 million hectares), coast to coast. In addition to this work the NCC also partners with Ducks Unlimited and other land trusts to administer the Natural Areas Conservation Program (NACP), a public-private partnership to help secure areas of ecological significance. To learn more visit: www.natureconservancy.ca

From helping to protect the country’s most endangered species to ensuring forests remain intact to be enjoyed for generations to come, the Nature Conservancy of Canada (NCC) has countless stories that deserve to be told. And to make sure those stories find the right audience, the organization has come to depend on Cision.

Jane Gilbert, vice-president of public affairs and communications at NCC, defines the organization’s mission as “conserving natural lands for the sake of the species and people that depend on them.” Raising awareness of the value NCC provides is obviously important, but donors expect to see their money put into the field and mission work rather than a large advertising budget. That means Gilbert and her team need to work harder to get coverage from media at both the national and local levels.

“Earned media gets us into the communities where people actually live,” she says. “That kind of coverage connects people more deeply to our mission and provides real value -- arguably more than the traditional full-page ad.”

The stories NCC wants to tell are also far more complex than a simple photo op. For Gilbert, earned media opportunities are a way of helping the public understand what “stewardship” means from a conversation perspective.

“If you buy a house and you don’t fix the roof or you don’t fix the plumbing and you don’t patch the basement, it’s going to fall around you,” she says “Similarly, we don’t just acquire land and then leave it alone. In every case, we develop a property management plan that makes sure threats to nature are minimized and the area is cared for, for years to come.” 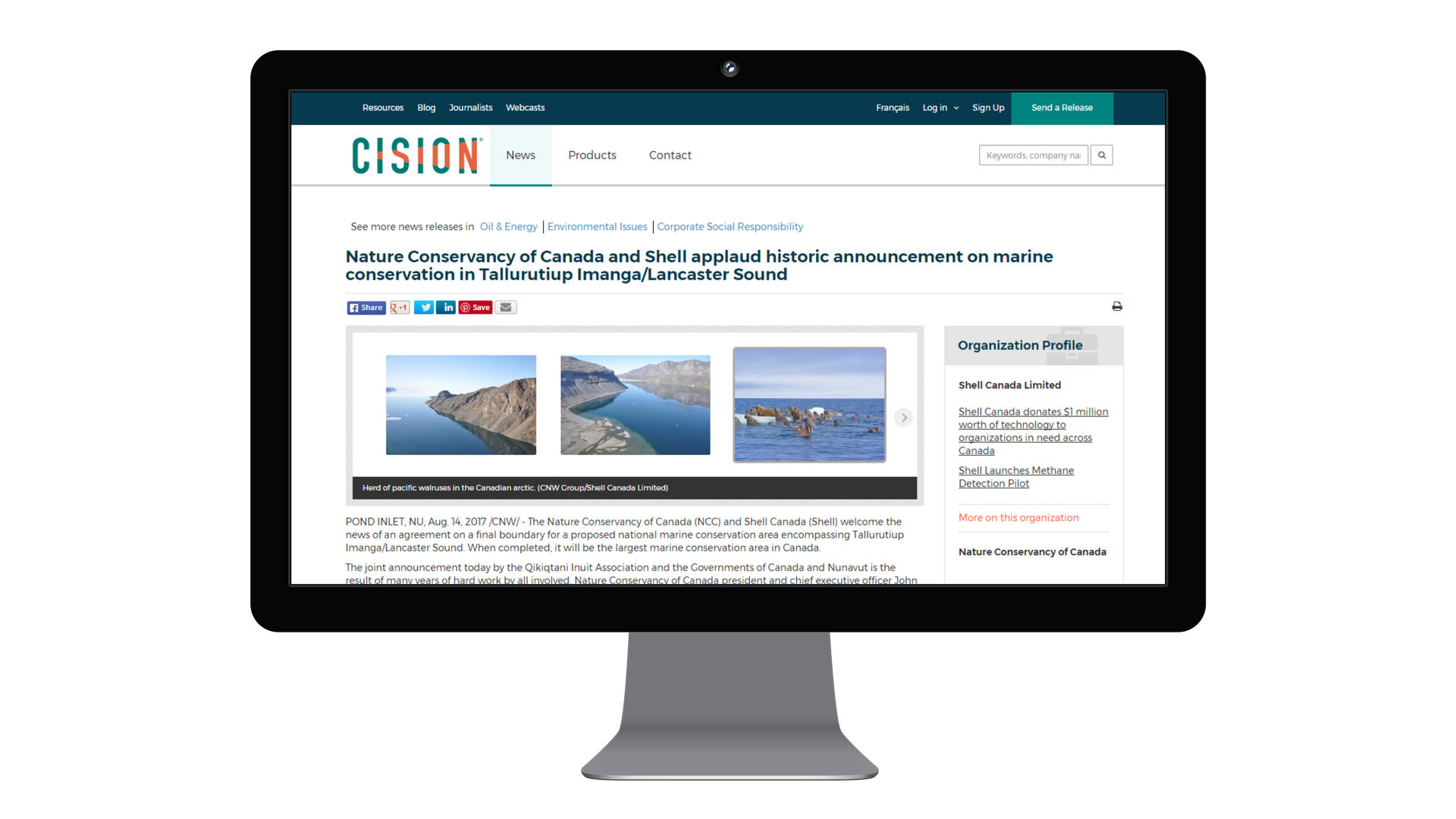 The NCC has conducted an “awareness survey” to gauge how well Canadians know about the organization and its mission. The most recent results show 20% of those who have heard of the NCC were first introduced to it through news media. Gilbert says Cision was a key factor in that result, as well as the following areas:

Achieving Communication Targets: Gilbert has set a goal to have more than 80% of NCC’s awareness-raising activities come through earned media. Distribution through Cision has helped her exceed that, she says, with media mentions growing from 600 a year a few years ago to more than 4,500 last year. “We’ve made that target every year,” she says. 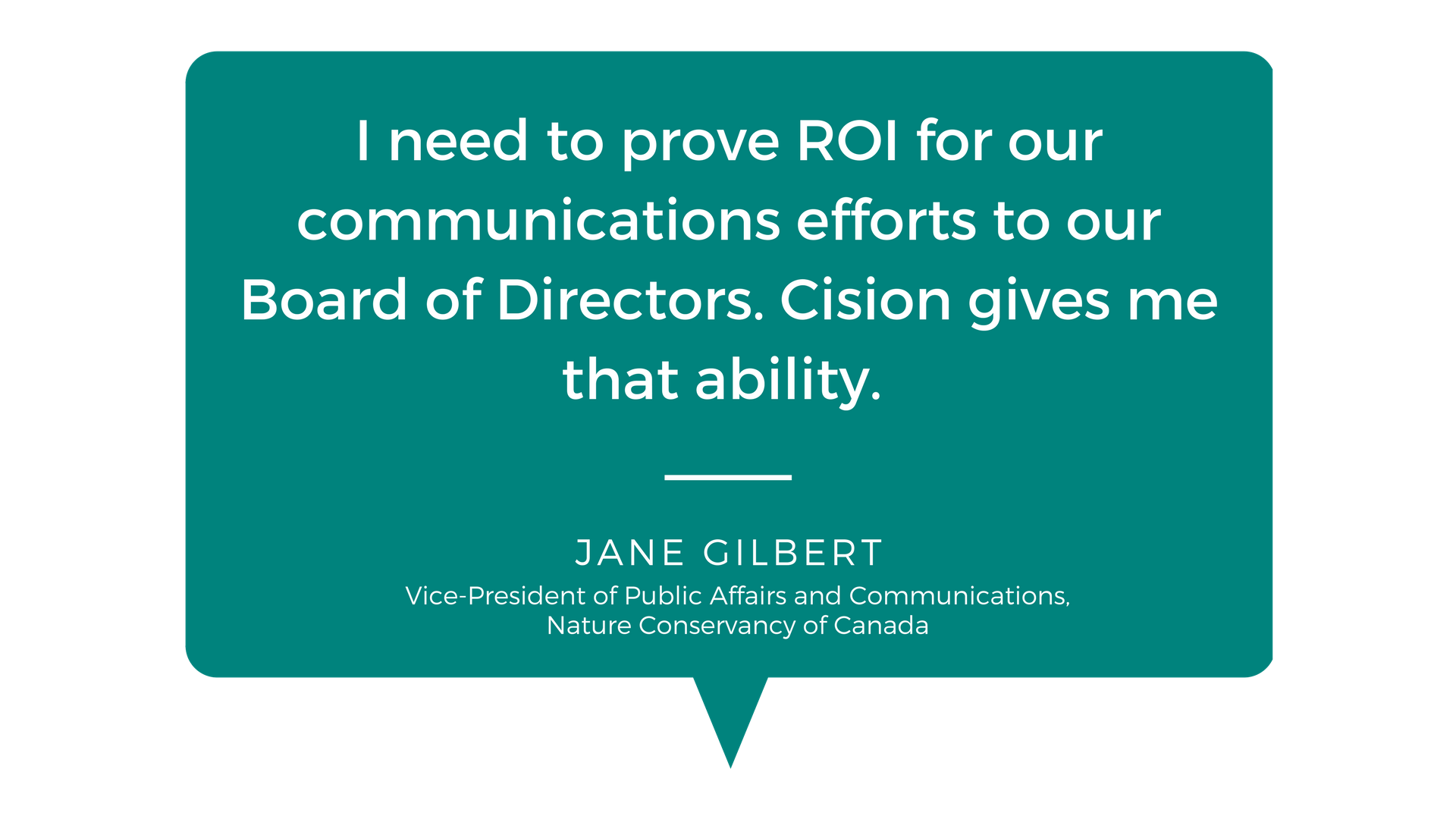 Capturing The Impact of Every Story: “I found the amount of time our communications assistant was taking to have to probe what kind of coverage was coming into us was impossible. He was spending 80-90% of his time on media monitoring,” she says. “If the only coverage we ever received was in the Globe and Mail, that would be pretty easy, but we have stories running in dailies, weeklies, local radio. We just don’t have eyes and ears to capture all of that.”

Demonstrated ROI to Important Partners: Since 2007, NCC has been involved with the Natural Areas Conservation Program (NACP), a unique partnership with the Government of Canada to accelerate private land conservation.  Media coverage plays a strong role in conveying the value of the program back to government partners, and other stakeholders Gilbert says.

“We have a lot of events where the media coverage reflects back on what we’re doing with government grants,” she says.

Gilbert also adds that the reporting is also essential for internal stakeholders, and that she appreciates the “human filters” or insights from the Cision team that are layered onto what the technology provides. This is why NCC has determined Cision offers the tools it needs for the long term. 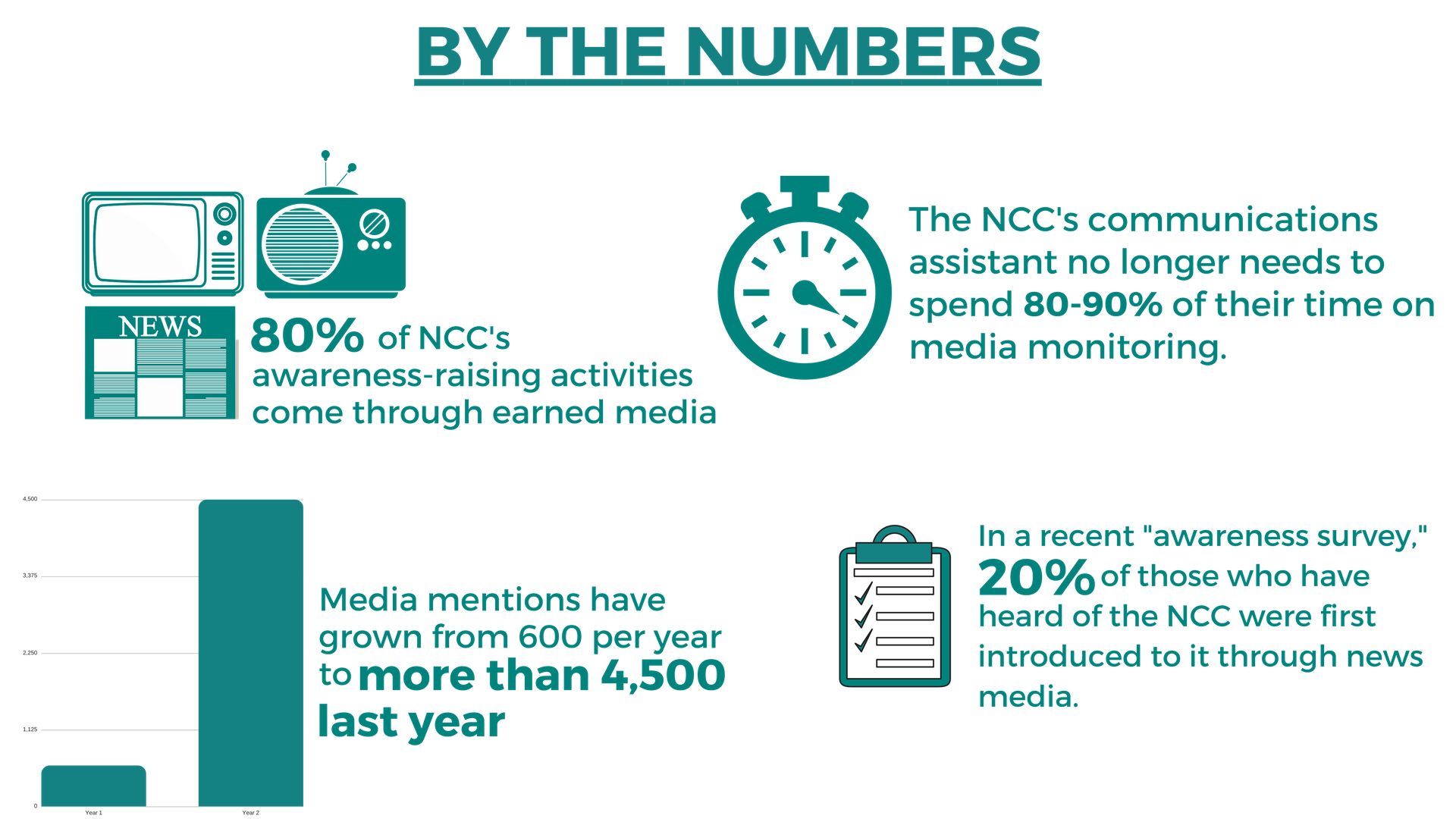