There is little doubt that modern media companies are doggedly pursuing the ever-elusive millennial audience. From BuzzFeed to Vice, digital news startups are leading this charge with everything from listicles to longform, with traditional media companies in hot pursuit. From The New York Times’ Snowfall and other innovative initiatives to Gannett’s digitally focused ‘newsrooms of the future,’ traditional media aims to emulate the success attained by those news organizations that are online natives. A September 2014 DigiDay article looked at six major startups, with the most successful, Mic, attracting a 60 percent millennial audience.

Holly Epstein Ojalvo, founder, CEO and editor in chief of digital news startup Kicker, is able to boast an audience that is 66.34 percent millennial, according to Google Analytics. 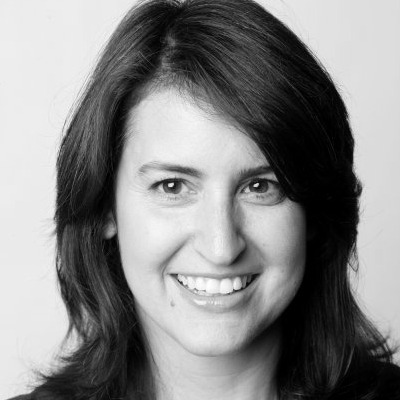 The veteran teacher and past deputy editor of The New York Times Learning Network blog couldn’t be more excited about this number.

“We’re resonating a lot with the college audience. I get emails every week from college students raving about Kicker, saying they’re so glad they found it, saying this is one of the best things out there for millennials to understand the news,” she said.

Ojalvo launched Kicker in September 2012 with the aim of explaining the news for this exact audience, perfectly marrying her two clear passions: education and journalism. Yet to Ojalvo, these two are not so separate:

“What is news if not a form of education? If you’re trying to inform people and empower them with knowledge and information, that takes different forms in our culture. One is formal education and one is ongoing life education. That was my goal with Kicker in the first place: to take news out of the classroom.”

While not all digital news startups catch fire like a BuzzFeed or a Vice, Ojalvo is certainly committed to her mission of informing and empowering younger audiences, a noble quest and certainly one with endless applications both in and outside a classroom setting:

“You stay informed and make decisions to do things like vote. You follow news. So why aren’t we cultivating that from a younger age?” she asked. “That’s in the DNA of Kicker for sure. It does come out in the way I work with my journalists. I really do try to nurture them and educate them on how to be better writers and how to be part of the world of digital media. I’m really proud that my journalists have gone on to incredible places, like MSNBC, Mashable, The Huffington Post and Forbes.”

What distinguishes Kicker from other startups in the space is its emphasis on action. While creating short, conversational, easily digestible bits of news, Kicker is also intended to spark action on the various social issues it covers, including an action item, a journalistic ‘kicker’ of sorts, with each story.

Beyond this engagement strategy, Ojalvo is shepherding a new flock of young media writers into the larger media world. All of Kicker’s writers are young media professionals trying to break in. “We have amazing young journalists,” she emphasized. 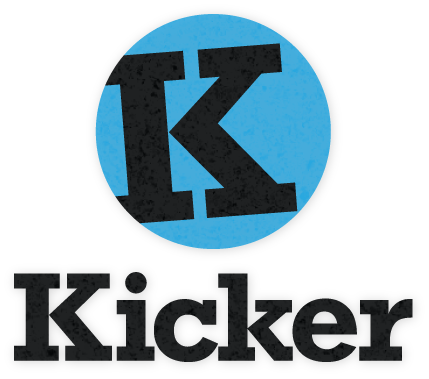 “All of my writers are young journalists, and they’re basically writing for their friends. They know what their friends like and want to hear and need to know about. Imagine your friend emails you and says ‘hey, you’re following the Iran story and I haven’t. What’s the deal with it?’ And then you wrote you friend back saying, ‘let me tell you what’s going on.’ That’s basically the approach we take to our stories: very conversational, very multimedia-infused, we’re really speaking their language and I think that’s one of the key reasons why we’re resonating with that demographic.”

Key to that resonance is a strong foundation in social media, which Ojalvo identifies as paramount to Kicker’s strategy and also to young journalists pursuing a media career:

“It’s such a crucial part of journalism,” she noted. “That’s how the young journalists are developing their brand, getting their name out there and being part of the world of media. The journalists who really stand out to me are the ones who are getting in the conversation, whether on Twitter or enabling subscribe on Facebook and getting their name out there. They are blogging, they are freelancing for different organizations, they are learning digital tools. It’s not enough to work for your high school or college newspaper and get the reporting jobs. You need to be part of the digital stream; every day it gets more and more important.”

Wading into that digital stream to reach younger audiences is a task that seems more accessible now to a new media startup than to an established media company. Ojalvo asserts that a nimble stance is one traditional media outlets can benefit from:

“I think this is hard for traditional media, but they can learn how to be nimble and responsive. It’s definitely possible. There are some large companies becoming more innovative and I would put The New York Times on that list, especially after the Innovation Report. They’re making meaningful changes in the newsroom. Even the larger startups like BuzzFeed are showing it’s possible to be both: to be a solid media company and also be nimble, responsive and innovative.”

Want your VOICE to be HEARD? Want to CHANGE the WORLD? Start with your #college #campus! Click here! #campusrep https://t.co/6p76lApwDy

Ojalvo also sets herself apart by blazing a trail for women in the space of digital media startups. Women continue to be underrepresented in newsrooms, an unfortunate dynamic that has no easy causes or solutions, according to Ojalvo, but was illustrated by a recent conference she attended specifically for women running startups.

“I follow the industry obsessively,” she said. “And there were incredible things women had built that I had never heard of.”

While ruminating on this experience, she noted that “women don’t necessarily promote themselves. They don’t necessarily get quoted in all of the articles about digital media startups and they’re not the big names. You hear a lot about Ezra Klein, for example, starting Vox. I started Kicker explaining the news way before Ezra Klein had the idea for Vox, but maybe I wasn’t loud enough about it. You have to put your thing out there, you can’t just put your head down and make it.”

Ojalvo points to this self-promotion as key for startups, but she also realizes Kicker is still growing and there is ample room in the space for her to do so, with her self-made brand combining the best tenets of effective journalism and education. But as with Kicker’s stories, the text becomes more than itself when enhanced by the potential for real action and social change. This is where Kicker really makes a name for itself.

With her mission well underway, when asked what’s next for Kicker, Ojalvo quips, “You mean like world domination?”

When discussing successful pitches for Kicker, Ojalvo above all recommends that all pitches demonstrate knowledge of the site’s audience and content, while also understanding that she can’t respond to every pitch.

Discussing the site’s content, she says, “Kicker is all about making news accessible, digestible, engaging, actionable. We follow the news cycle. If there is something important going on in the news or breaking, we’re going to explain it. We don’t cover events, but if other people are writing about an event or a new book coming out, of course we’ll cover the news. We don’t do a lot of direct interviews either.”

“A more successful pitch might be from a non-profit organization,” she says. “We have action items on our stories, which is a key differentiator of Kicker. That’s a key part of our DNA. I would definitely be open to non-profits pitching and saying ‘hey, we noticed when you write about campus sexual assault, you link to these specific sources for action items, would you consider us in the future? or ‘You’ve done several stories about girls’ education and linked to these sources, we’d love it if you’d consider linking to us or working with us.’ I would definitely be open to those pitches because it’s actually harder than you think to find the right action items for stories, like an economic story about the stock market, for example.”