Working in PR: Five Things I Wish I Learned Sooner

This is a guest post by Nova Halliwell, a communications professional living in New York City.

A few months ago, a colleague suggested that I meet with his college-aged daughter to discuss having a career in PR. It seemed a reasonable request considering that I’d been broadcasting my industry observations and personal opinions through this blog since February.

But career advice for one specific person? Well that just sounded dangerous.

Try as I may to suggest that my co-worker identify someone more qualified to speak with his daughter – such as my boss, for example – I soon found myself sitting at a café rattling off all the things I wish I learned sooner about working in PR.

First-time internships are often a letdown, and mine – a position with a tourism bureau in Pennsylvania – was no exception. On the days I wasn’t manually entering several thousand calendar listings into an online database, I was tasked with escorting a French actor dressed like General Lafayette on a mall tour through the Philadelphia suburbs.

It was hard to say who was more disappointed with the arrangement: me, a college student earning $7/hour to pass out brochures while wearing a tri-corner hat, or him, a trained thespian who was reduced to eating a Crossan’wich at a food court in Plymouth Meeting. Both roles were fairly miserable, but at least he got to carry a sword.

No one wants to spend months doing mindless administrative work or taking on the projects at the bottom of the heap, but that’s often what an internship entails. Master those tasks quickly and you’ll probably be phased out of them sooner.

2. Get the right experience.

After graduation, I accepted an entry-level communications role at a large corporation in Philadelphia. I considered this position a tremendous step up from my internship given that it would never involve outrunning a flock of geese in a national park.

Just as I was feeling confident about my career path, two managers gave me some very candid advice: “If you want to work in PR, you need to get agency experience.”

That sentiment may not be shared by everyone in this industry, but few will deny that agency experience carries a fair amount of professional respect. Put simply, working at a firm exposes young professionals to more: more clients, more industries, more leadership styles, more projects, and, yes, more crazy. It’s not all glamorous, but it’s all good.

If I had to do it over again, I’d make an agency my first stop after school.

When I moved to New York, I earned a meager salary, half of which I spent on rent for an apartment that was infested with mice. Since I often heard that PR professionals were notoriously underpaid, I did what any reasonable person would do: I tried to save money by making my own yogurt on an eastward-facing windowsill.

I’m happy to report that my extreme budgeting was all for naught. In just two years, my salary doubled. And it only grew from there – which is hardly an exceptional success story in this industry.

One of the biggest benefits to working in PR is that hard work is often rewarded. If you focus on getting ahead, then you almost certainly will. Don’t worry too much about the minuscule paychecks in the meantime.

Want to get your brand in this year’s holiday gift guides? Check out our “2015 Holiday Gift Guide PR Kit” for pitching tips and more!

I once shared a cubicle with a woman who treated our space like the set of a one-woman show. For the better part of a year, I resigned myself to watching her dial the telephone and pick up print jobs with a level of theatrics usually reserved for daytime television.

And then one day, I found an escape. A single workspace was available and I asked to move in. Just like that, I was on my way to a peaceful 9-5.

Since “asking for it” was also how I got a raise the month before, I decided to stick with that strategy. Turns out, having a big mouth will get you everywhere.

If only I had realized that when negotiating my first salary… and the rent for that apartment with the mice.

The PR industry is full of people who are enormously proud of having once used a fax machine. I can understand their point. When I first started working, I, too, would send news releases and media alerts via fax to business desks all over the tri-state region. It was a thankless task, which is probably why anyone who has ever done it can’t seem to shut up about it.

While many people in this field are quick to congratulate themselves on adapting to life without Rolodexes and Bacon’s media books, not everyone seems to realize that our industry didn’t stop changing after the introduction of email and the Internet.

If you find yourself justifying why you don’t use Twitter to pitch reporters, as I did for the past several years, or if you don’t have an understanding of how native advertising fits into your organization’s marketing plan, then you’re probably one of them.

PR won’t look as it does now forever – you have to be willing to change if you want to continue to be relevant in this industry. And sometimes, when you relive the past ten years over a glass of wine, you realize that you do, in fact, want to keep going. 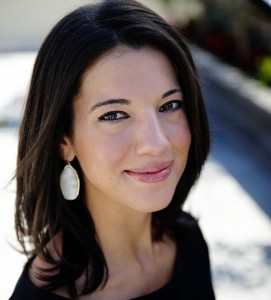 Nova Halliwell is a communications professional living in New York City. You can follow her at www.adviceicouldhaveusedyesterday.com or @adviceineeded. Want to read more by Nova? Click here.