Whether one remembers the 1961 break in diplomatic ties between the United States and Cuba or learned about it, five decades is a significant amount of time to build curiosity as to how the two nations will move forward. In the realm of business, professionals consider how advertising and marketing might fare under recently re-established relations. 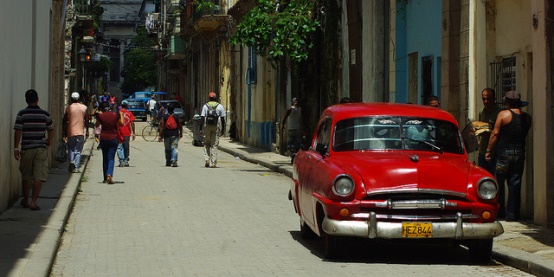 During a 2013 visit to Cuba, Forbes contributor Eric Goldman quickly observed a nation with very little advertising: absent were the billboards and television and internet ads that are cemented in the United States economy.

“This ad-free environment may sound utopian, but consider the principal reason why advertising is so scarce: because there aren’t a lot of things to buy, and not many people can afford to buy them,” he explained. “In effect, the lack of advertising is correlated with the Cuban economy’s consumer activity.  With only a thin layer of consumer activity, advertising isn’t needed and rarely could be profitable.”

“Until recently, there was practically [no advertising], oversize political billboards aside. Advertising for real estate in Havana until two or three years ago was restricted to pieces of paper tacked to trees
on the Prado Boulevard,” he said.

While those ads aired in the United States, it’s that type of market worthiness demonstration that some experts on Cuba feel will be key in establishing a viable presence in the country: be transparent and show your economic contribution.

“PR is going to be more important than advertising [initially]. It will focus on corporate social responsibility and corporate positioning,” said Ramiro Prudencio, president and CEO of Burson-Marsteller Latin America in an Adweek article. “Companies will have to show what they’re doing, who they are and demonstrate they’re bringing value to the Cuban people that’s consistent with conditions for market entry.”

London-based WPP, parent company of Burson-Marsteller, did just that in July 2015 when it announced steps taken to start operations in Cuba, making it the first major international communications services group to do so since the break in diplomatic ties. Working with the state-owned Palco Group, WPP appointed a Havana-based executive to help “provide its international clients with strategic counsel on the institutional and economic environment in Cuba, as well as advice and guidance in planning for eventual Cuba market entry and brand visibility on the island nation.”

If and when curiosity about re-established relations gives way to enthusiasm for advertisers, marketers and PR professionals, the repeated advice from experts on Cuba is to recognize that five decades of policy won’t change overnight. While noting that Cubans are quite ready for change, Werner cautions against a fast-forward mentality for entering the market.

“Expect a totally different experience,” he emphasizes. “There are overblown expectations
among Americans right now in terms of the pace of change in Cuba. And don’t believe anyone who tells you old restrictions will fall by the wayside tomorrow. The reforms and openings are a very slow process.”