How the World of Influencers Has Shifted

In the last year, PR has become much smarter in how it curates relationships with influencers. I should know, I’m both in PR and an influencer.

I can uniquely see it from both angles. The fact that major PR firms now have positions like “Director of Influencer Relations” makes this heightened concentration on influencer relationships even more evident.

It used to be that an account executive only needed to build relationships with media outlets. Now there is a separate set of tastemakers on the Internet with often just as much reach as The Wall Street Journal who are just as valuable. And their organic content drives exponentially larger purchase intent.

Before 2015, influencers were treated more like journalists. As an influencer, I would be offered invitations to events, behind-the-scenes access and free tickets. But I would still have to pay to get to the event. Flights can be cheap and some access can be great. However, someone once told me “never pay cover and never wait in line.”

Most influencers, especially lately, have been mindful not to take opportunities that don’t drive enough value. They know that if everyone keeps taking swag bags and VIP tickets then they’ll never be able to monetize their influence.

Even a couple years ago the leverage was different. When Taco Bell gave me a unique pair of Waffle Taco Nike SBs, I was ecstatic. I still wear them.

Most of us who built networks never intended to make money, myself included. CyreneQ, on my Barrettall Podcast, detailed this kind of accidental entrepreneurship. But now we are in a unique position.

I don’t think I noticed this until early 2014 when Chrissy Teigen asked me how to get a Taco Bell Breakfast Phone after I posted mine.

This @TacoBell #BreakfastPhone is amazing. It makes/receives calls, comes with its own charger and slides to reveal a keyboard. #humblebrag

Chrissy is real and genuine on social media and happens to absolutely love Taco Bell.

Influence is everywhere now. Millennials now trust social influencers more than celebrities. The younger they are, the more that is true. Influencers have become the new endorsers, the new people to drive consumers.

A couple years ago, social media impressions were undervalued. They aren’t anymore. In PR we fully understand the awesome power of organic content. We know that the right 10 people on Snaphcat or Instagram or the perfectly timed influencer content on Twitter can drive an entire campaign.

Look at the amount of importance large- and even medium-sized firms are putting on influencers. That’s great. Like I said in past articles, influencer relations is a PR function and not an advertising function. The more influencers are used, the more PR can grow and take budgets away from advertising.

Influencers want to work with you. But the value has to be there. When the average Instagram influencer can drive $100,000 in sales or a Snapchat storyteller can drive millions of viewers, a t-shirt won’t cut it.

Influencers know their value now. Money will motivate them but so will increased exposure, connections and other ways for them to make more money. In other words, you don’t have to pay influencers if you create more money for them somewhere else.

Most large brands can leverage their platform to increase the exposure of an influencer. Whether it’s capital, or social capital, make sure influencers are getting the right value. If you do, you’ll see instant results. 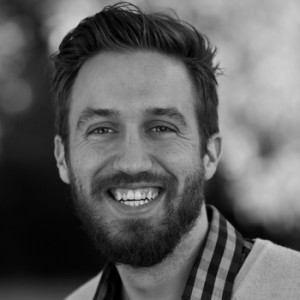