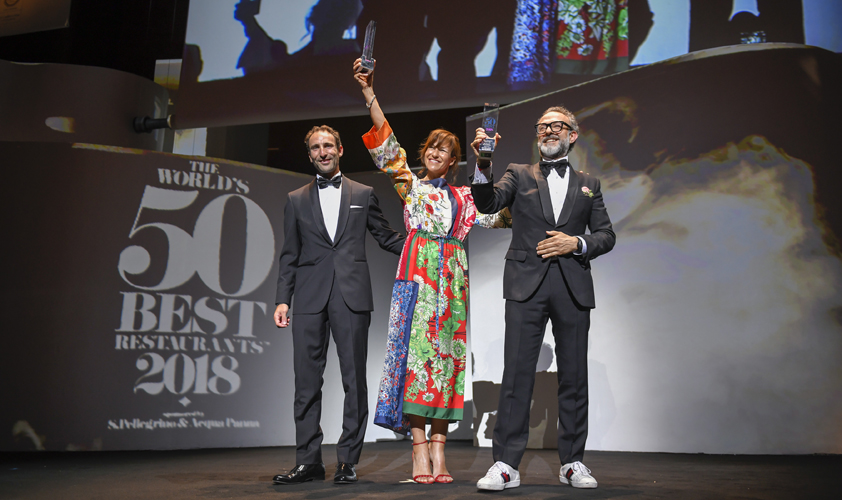 Relevance International helped The World’s 50 Best Restaurants to grow its international coverage and positive media recognition for its 2018 awards ceremony.

The World’s 50 Best Restaurants, the worldwide ranking scheme for high-quality dining, wanted to expand the amount of positive coverage – and the spread of coverage across the world – for its 16th annual awards ceremony, held in Bilbao, Spain in June 2018.

Relevance International was instructed to handle PR for the 2018 awards, and the agency created media interest in the lead up to the big event through a number of strategic initiatives.

Every fortnight from April onwards, Relevance International oversaw announcements of  the winners of individual awards in order to create a pipeline of editorial and digital content in the lead up to the awards ceremony. Categories included the BBVA Scholarship, Diners Club Lifetime Achievement Award, Miele One to Watch, and Elit Vodka Best Female Chef.

The latter award was launched with a targeted international media lunch held at the winner’s restaurant in central London, with the location kept secret to build anticipation. Journalists from key markets, relevant to the winner’s background and other target countries, were invited.

This initial activity then fuelled a debate over the merits of such an award. The team set up an exclusive interview with Bloomberg, which alluded to the controversy and generated further coverage.

One week before the event, the team announced the top 51-100 list to help generate speculation – in both traditional media and on social platforms – about who would make the top 50.

The agency also helped to manage the launch of a female advisory board, which saw seven of the world’s best female chefs come together for an open discussion around industry issues and brand initiatives, also addressing the controversy over whether it was right to have a Best Female Chef award.

To ensure as wide an audience as possible, the agency secured 21 broadcast stations – international, national and local – to attend and cover the main event. Mirroring the approach of The Oscars, and to open the event up to general consumers, people were able to follow the main ceremony on TV via a live stream on 19 June.

Reuters streamed the ceremony and agreed to an exclusive worldwide TV interview with the top-ranked restaurant on the night. This meant that The World’s 50 Best Restaurants became the first televised restaurant awards ceremony in the world. Other stations that covered the event included RAI 1, France 2, BBC World and Channel 5 Asia.

Overall, more than 300 members of the media attended the various events during awards week.

Hélène Pietrini, director of The World’s 50 Best Restaurants, said: “During Relevance’s time working with us in our initial engagement, the firm achieved greater media exposure than ever received in the brand’s 16-year history.”