What to Expect in Sports Through the End of 2020

As sports teams and governing bodies continue to adjust to the ongoing COVID-19 pandemic, it’s been hard to follow all the changes to sporting events, whether it be the NBA moving all the contending teams to play in a “bubble” in Orlando, Florida, or the Summer Olympic Games being postponed entirely until 2021.

While these changes have been coming since early March, circumstances continue to evolve, and it is in no way clear how sports seasons such as the NFL’s will pan out in the end. Just last week, the Big 10 and Pac-12 NCAA football conferences announced the postponement of their seasons, with plans to try to play in the spring.

With that in mind, here are some of the (tentative) upcoming sporting events to be on the lookout for as you try to plan your coverage and as we struggle on through 2020.

🎾 Since the global COVID-19 pandemic began earlier this year, a major tennis event has yet to be held. This is expected to change soon, as the 2020 US Open is set to begin on August 31. The events will take place without spectators, and without many competitors who have withdrawn and been replaced, including the reigning men’s singles champion, Rafael Nadal, and the No. 1 women’s singles player, Ashleigh Barty.

🏀 The NBA season, which was interrupted by the pandemic, began playoffs on August 17, though the future of the season is now unsure after the Milwaukee Bucks decided to sit out their game against the Orlando Magic on August 26 in protest of social injustice. Other teams are now following suit. Meanwhile, the NHL playoffs, which had been originally scheduled to begin back in April, are currently underway.

🏇 Originally set to be held in May, the Kentucky Derby has been rescheduled and is currently slated to take place Saturday, September 5. While general admission tickets for the event have been canceled entirely, organizers are still planning on allowing some spectators inside Churchill Downs.

🏈 For the NFL season, games are still slated to kick off on September 10. While many teams have announced their home games will be played without spectators, the league itself has yet to make this change universal for all teams.

⚾ October means post-season baseball, even in 2020, as it stands. The MLB playoffs are scheduled to begin September 29 and will continue potentially until October 31, should a game 7 of the World Series be necessary. Although with the adjustments and outbreaks of coronavirus that have affected baseball so far, it’s impossible to predict just how the season will play out.

⛳ After its postponement was announced back in March, the 2020 Masters tournament was later rescheduled and is expected to be played, without spectators, from November 12-15. And if that’s not enough for you, the next up of the four annual Majors is … The Masters, again, in April 2021.

🏌️‍♀️ Just as the Masters was postponed until the end of the year, the 2020 U.S. Women’s Open golf tournament was postponed from June until December 10-13.

🏑 Finally, if you’re in the mood for a less mainstream sporting event this December, check out this video to get yourself pumped up for the 2020 Men’s World Floorball Championships, taking place in Helsinki, Finland, December 4-12. For the unfamiliar, think street hockey, but with soccer-type rules, and a ball in place of a puck. 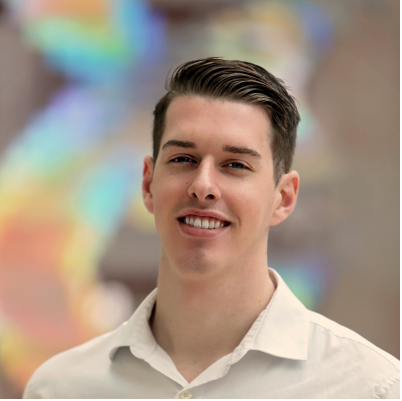